These are some in-game screenshots from the project ColorIt. 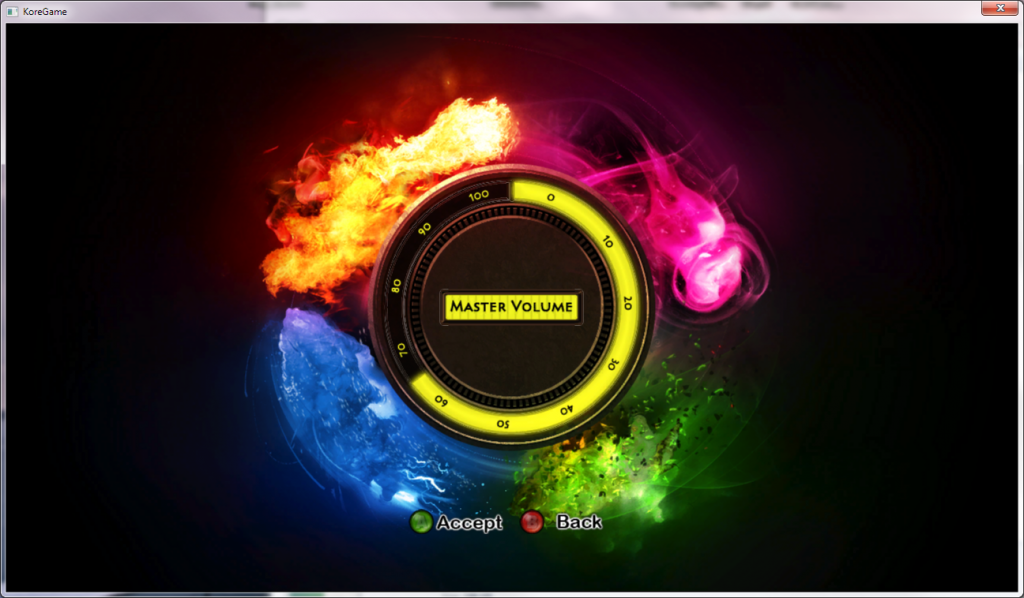 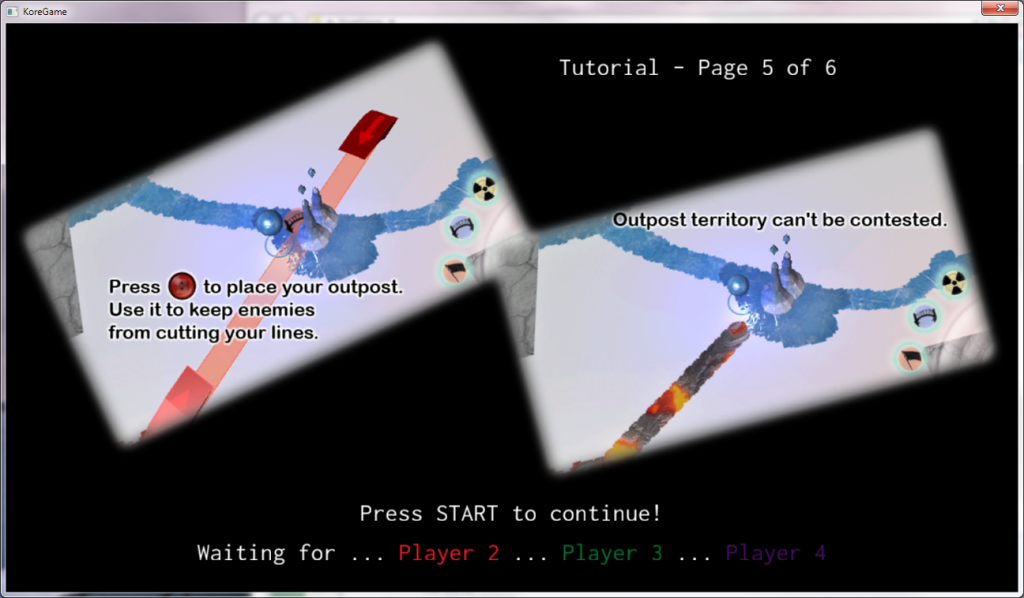 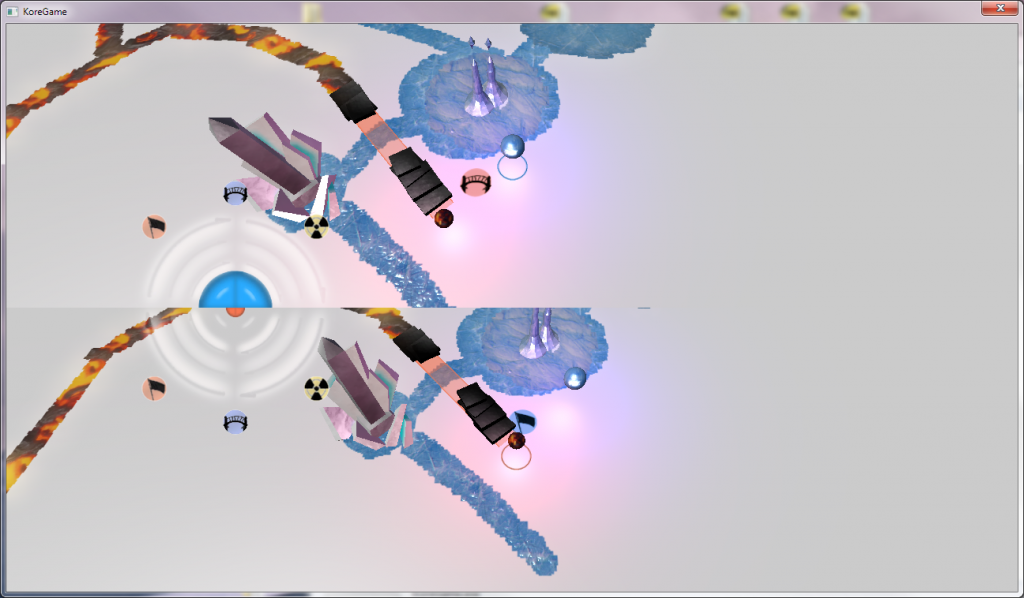 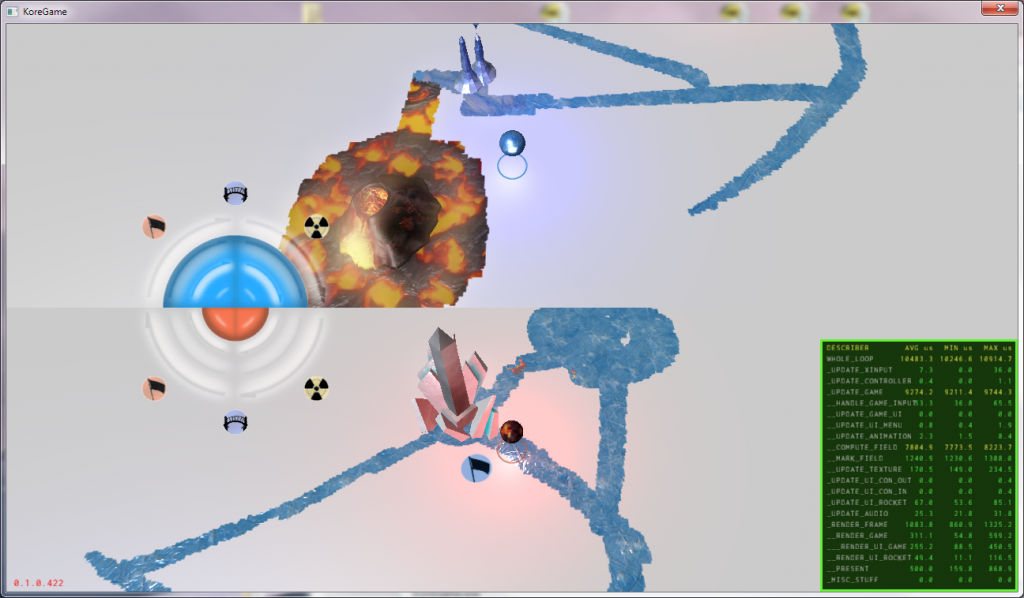 The KoreTech-Profiler On-Screen-Display is being used for run-time performance analysis. 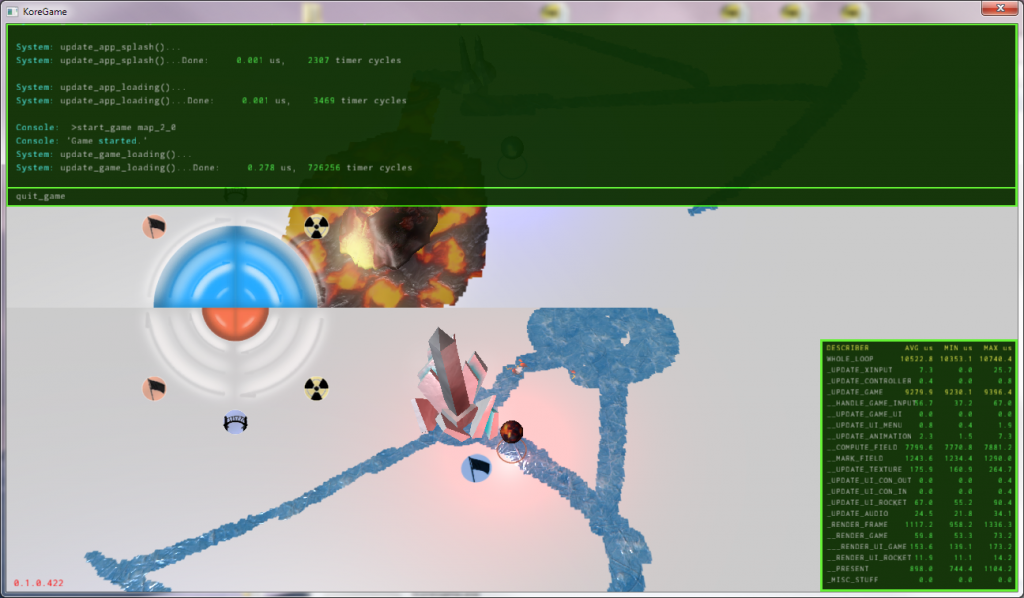 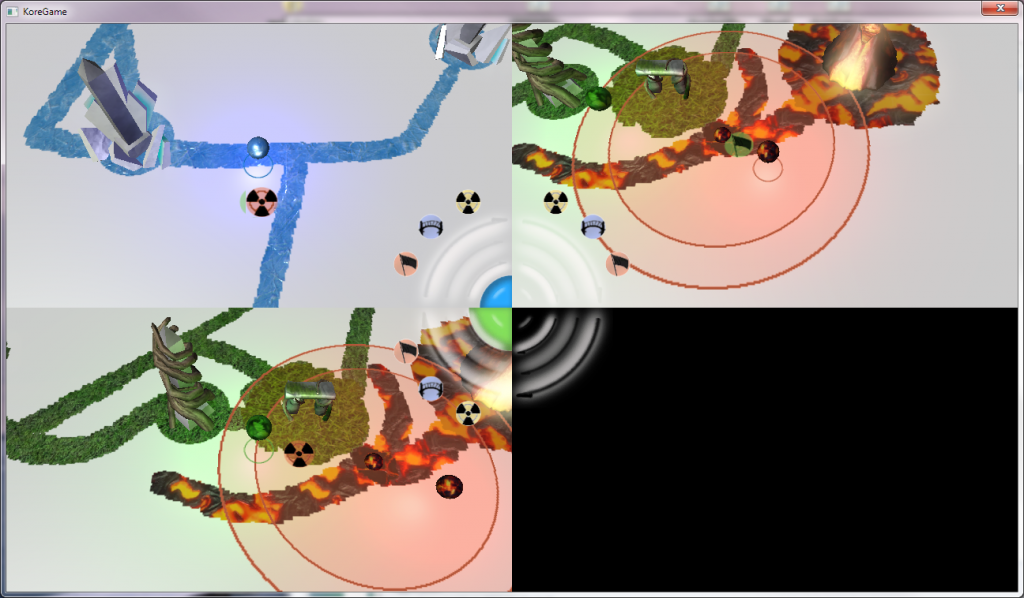 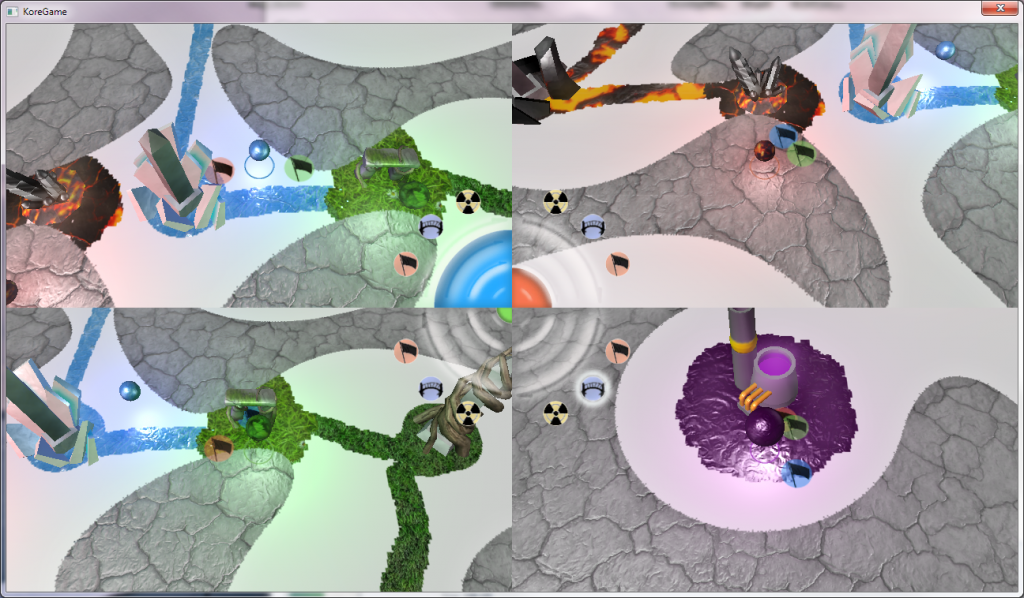 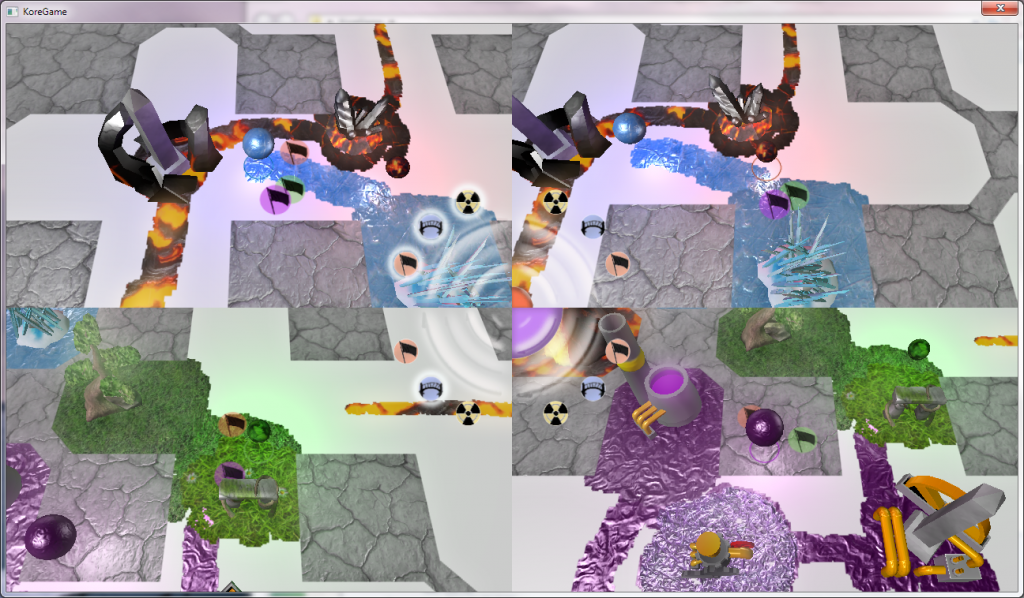 Fierce opponents: Blue and Red duke it out while Green and Purple measure strengths